Your desk job might be more dangerous than you think it is. A lot of things that you do in your workplace could be slowly chipping away at you. From using the office printer to typing in your keyboard, the dangers presented in your office could have serious effects on your physical well-being, just as mental strains could hurt you in the long-term. For that reason, we listed down some of the ways on how your beloved desk job could be negatively affecting your health.

1. Sitting All Day Increases Your Risk to Diseases
Sitting for lengthy periods at your desk can have terrible effects on your body. Pains and aches should be the least of your concerns, as it could lead to early death. You become at risk of developing cancer, diabetes, heart disease and muscular skeletal disorders, even if you exercise regularly. 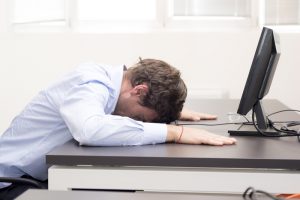 2. Being Over-Exposed to Photocopiers and Printers
When not changed periodically, photocopiers can become a source of potentially deadly ozone that could cause irritation and chest pain. Aside from photocopiers, laser printers could also cause negative effects on your health since its toner particular can get in your blood stream and lungs, which could lead to lung disease and other illnesses.

3. Using Hot Laptops May Cause Fertility Issues
Anyone could experience some skin problems caused by heat if you place your laptop on your lap instead of a desk – yet, there’s a concerning news specifically related with men. A group of researchers found that placing your computer on your lap raises the temperature of the scrotum, which then affects a man’s sperm count. 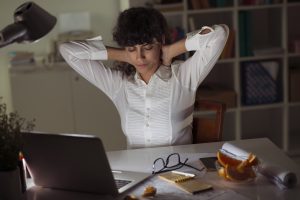 5. Typing Too Much May Cause Serious Injury
Excessive amounts of typing in a day is a well-known cause of carpal tunnel syndrome (CTS), which is a painful wrist strain that could affect even your whole arm. CTS could get bad enough to cause muscle wasting and even permanent nerve damage. 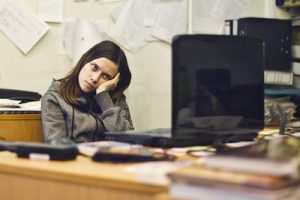 Inactivity is now considered a bigger killer than obesity, so be sure to protect yourself. If you sit for lengthy periods at work, stand up and move around every 30 minutes. This will in getting your blood flowing and moving your body parts that you don’t usually move.

Previous Beat the Bloat: 6 Dietitian-Approved Ways to Get Rid of Bloating
Next How Much Does a Window Cleaning Insurance Cost?
NameE-mailWebsiteComment